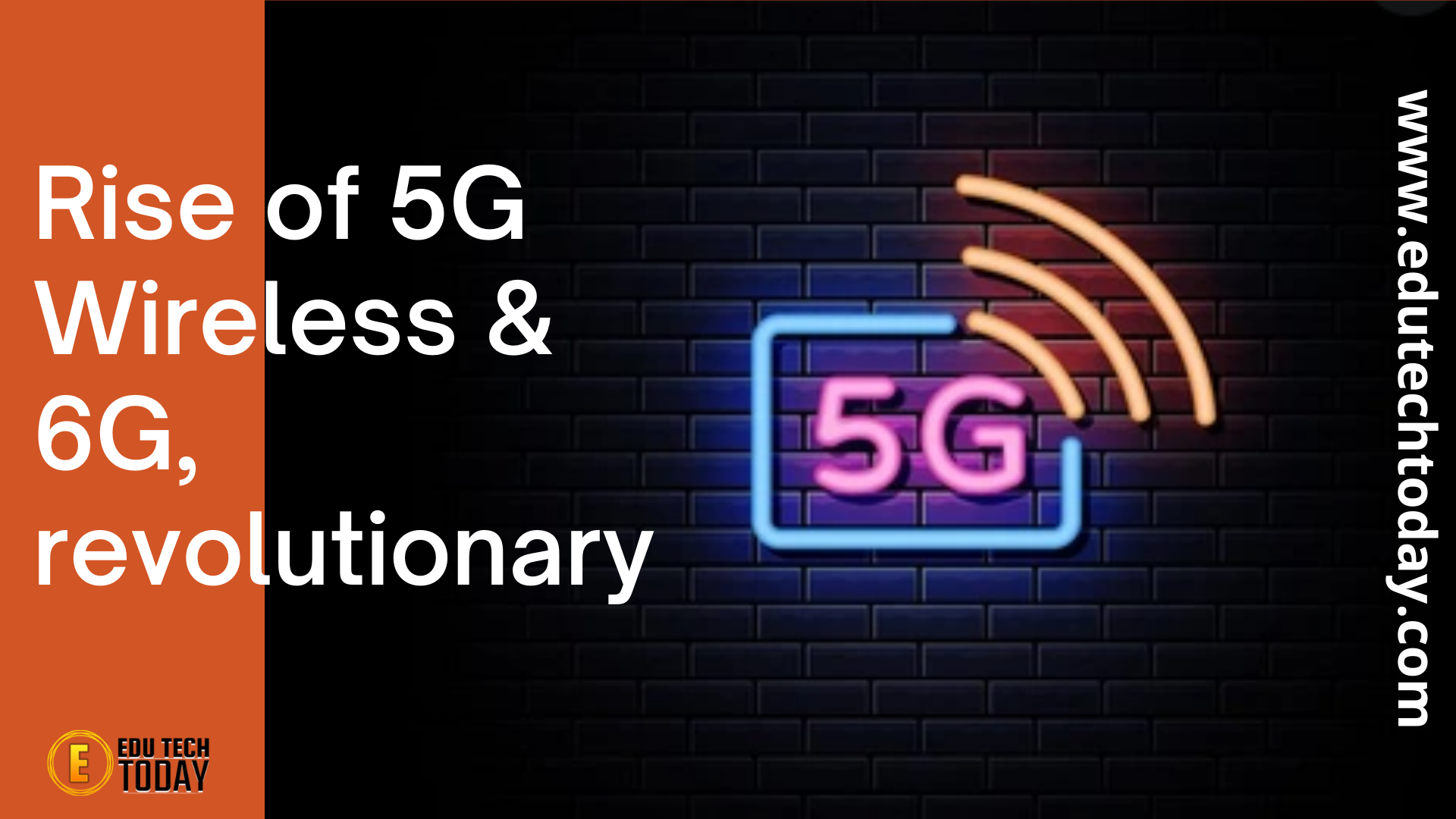 The need for 5G speed in today’s world is growing at a rapid rate. The fastened life demands pace. We are dwelling in an age where money and 6G value are counted in time, efficiency and performance. South Korea set off to be the first country to launch 5G in April 2019. The United States of America was also introduced to it in April 2019 in Chicago and Minneapolis. Today America has a 5G network nationwide. When we hear 5G, the first thing coming to our minds is ‘speed,’ but there is still so much more to know. 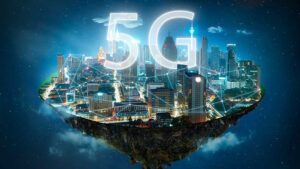 5G is availed by connecting to the internet or telephone network radio waves through a local antenna. As a result, we enjoy the benefit of a greater bandwidth leading to higher download speed – up to 10 gigabits per second. Bandwidth is the difference between upper and lower frequencies in a continuous band of frequencies.

Therefore, the greater the bandwidth, the higher the speed. But, unfortunately, The 4G phones cannot avail new 5G networks.

How does 5G work?

5G makes use of higher-frequency radio waves, which makes it better than 4G that uses low or medium band frequencies. Radio waves with higher frequency have a shorter physical and geographical range they travel within. Therefore, 5G operators provide three frequency bands – low, medium, and high to serve a more expansive network area.

Bandwidth is the amount of data being transferred from one end to another in a grid in a specified amount of time.

Typically, bandwidth is expressed as a bitrate or in bits per second (bps).

WHAT IS THE ROLE OF BANDWIDTH?

WHAT ARE THE CONS OF LIMITED BANDWIDTH? 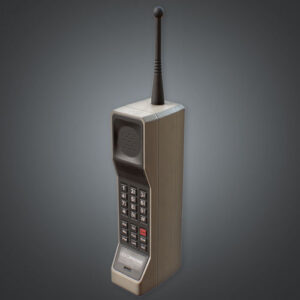 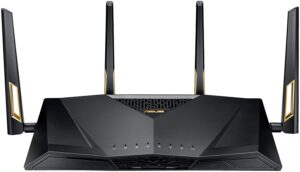 Difference between 2.4 GHz and 5 GHz

The primary difference between these two is that the 2.4 GHz can provide a network to a larger area by sacrificing the faster speed, whereas 5 GHz has a quicker pace but compromises the network giving area. Some routers come with the convenience of letting you switch from 2.4GHz to 5GHz according to your preference.

If your priority is speed over range, then it is suggested to use a 5GHz band for a smoother experience.

Used for broad coverage of the area and potentially penetrates through solid objects better. Allows a speed of up to 150 Mbps. This setting is well suited for smaller homes and apartments. However, it is susceptible to interference from other devices such as microwaves, baby monitors, Bluetooth devices, garage door openers, etc.

Suppose your only concern is speed and clean surfing. This 5G network setting will make sure you have a completely hassle-free experience. The only con would be that the device and router proximity should be more miniature.

Monthly estimated plans and cost for a wi-fi connection

Verizon Communications Inc. as a company was established in the year 2000. They are the leading providers of technology, communications, information, entertainment products, and services.

With their headquartered in New York City, Verizon generated a revenue of $128.3 billion in 2020. The company provides voice, data, and video assistance. The company is known for its reliable network connectivity, security, and control.

They are a firm believer in digital inclusion, which means connectivity and technology are everybody’s rights. By committing to narrowing the digital divide, they are helping under-resourced schools, low-income and rural communities thrive.

Verizon has a more reliable performance because of its solid foundation of 5G network servers. The massive spectrum resulting in a dense network of small cells and towers is the primary reason for their best 5G experience.

What is 5G Nationwide?

5G Nationwide makes use of lower spectrum bands alongside 4G LTE simultaneously. It uses DSS (Dynamic Spectrum Sharing). With the help of this, both sets of customers can experience quality surfing with no interruption in service. Users continue to experience consistent performance even in isolated areas of the country.

Verizon’s Nationwide 5G service covers the majority of the country, providing services in more than 2,700+ cities.

What is 5G ultra-wideband (UWB)?

Ultra-wideband or UWB is an essential enabling technology for greater data output and better location precision for high-speed wireless network applications. It is an intriguing connectivity component that provides better and faster wireless communication.

For many applications, the precise location may not be significant, and “close enough” will suffice. But for applications where exact location data matters, the precision of UWB could be a game-changer compared to older technologies like Bluetooth, Wi-Fi, or GPS. For example, UWB positioning accuracy is between 10 and 30 centimeters, whereas Bluetooth’s accuracy is 1 to 3 meters and Wi-Fi is 5 to 15 meters. That is a massive difference. GPS, meanwhile, is quite accurate outdoors but suffers a great deal indoors; some GPS chips can receive enough satellite information to determine a location inside a building, but the location is not typically accurate enough to be useful. That’s especially troublesome for applications in which precision is paramount.

We have heard of 3G, 4G, 5G, and 6G. Each one is a different generation of the wireless network. The best part about it is they keep getting better with time. So, the first-ever wired mobile phones were 0G(zeroG). It is Ironic even to call them mobile phones because they weren’t very portable in reality. Then came the cordless mobile phones, which were 1G, but these phones weighed about a kilogram. Back in the time, they cared significantly less about portability as people were satisfied with its mobility. 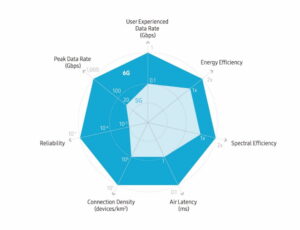 After the 1G phones, there started the generation, and after every ten years, there came a better and more refined network. Then came the 2G that took 2.4 kbps (kilobytes per sec) speed of 1G and made it 15 times faster, enabling people to make calls, send text messages and even picture messages. The momentum kept gathering than on. Because when 3G was introduced, we reckoned that it was 50 times faster than 2G. It was powerful enough to support an internet-based application, which is how apps became a thing that could be accessed easily on phones.

It became a big deal because even Apple launched phones and named them after 3G for its sole purpose of being able to support it.

It is a little hard to believe, but when 4G came out, it was almost 500 times faster than that. It opened up nearly a new world that we look at from our phone windows. We could stream videos at 1080p; we could play multi-player games with 100 other players simultaneously. It was all about rich multi-media experiences.

And now companies can’t stop bragging about their 5th generation of wireless fidelity, which is even faster and more powerful, allowing you to download high-quality videos in less than a fraction of seconds, live streams with no buffering periods, activities with no latency whatsoever. Smooth enough for you to even remotely control machines as if they were an extension of you.

It might seem like an idea far-fetched in the future, but tech companies like Samsung and Qualcomm are working on it today. It is their only business strategy. Even though 5G is a thing of today but believe it or not, companies had started working on it from 2013 onwards. If they can come up with faster generations, their products are bound to sell. The whole aim is to do better

every time. In fact, the very first super early 6G chips have already been built. It’s not exactly the final version or exactly as fast as 6G is going to be, but it is a beginning.

A couple of months ago, Samsung dropped an entire document revealing their plans on 6G. There are claims of it being 100 times faster than the fastest 5G. This means it can download 100 hours of Netflix shows in 1 second. It’ll be able to support ten times the number of devices, and that it’ll be 100 times more reliable. The technology will be good enough to carry us ahead of time.

Let’s say you’re in a self-driving car. 5G won’t cut it for you in a situation like that. Now think of it like this, you’re in a motorway, and all of these cars that you come across on the way have to be alert and online on the server as well to avoid any accidents or hazards. The connection cannot afford to drop. Even the slightest drop in connection could cause a major mishap. Therefore, you’ll need a reliable connection that will process the data from every single one of these cars without any error.

In all possibilities where your car will be able to stay connected with all other vehicles and will be able to avoid any traffic or other inconveniences on the road without you even lifting a finger sounds like a thing from the future. In reality it is not so far away. In order for this to work, you not only need a network of not only million but for it to be able to support a billion hosts at the same time. Can you imagine the amount of data that needs to be synced amongst devices in order to function as desired?

Regardless, in 20 years, we will want data connection in the sea, the sky, the desert, and possibly space. And current tools don’t allow it. So if you’re thinking, why exactly we need to work on 6G when we already have 5G, this is your answer.

What is the price of Samsung A51?

Which year will 6g be launched ?

What are the disadvantages of a 5G network?

Obstructions like thick walls disrupt its connectivity. It drains the device's battery quickly. The upload speed hardly matches the download speed. The initial installation costs are high. Rural areas and developing countries do not have access to 5G

CAN'T India directly jump to 6g or 7g Internet speed instead of 5g ?

We have heard of 3G, 4G, 5G, and 6G. Each one is a different generation of the wireless network. The best part about it is they keep getting better with time.

China has launched the world's first 6G satellite named 'UESTC' satellite with an aim to test communications from space.